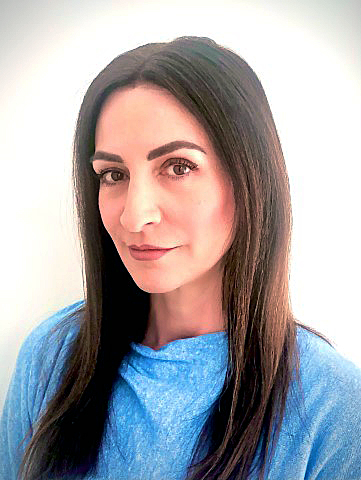 In recent years, both the private and public sector have increased their focus on settlement risk in the FX market and called for greater adoption of payment-versus-payment (PvP) settlement mechanisms to mitigate it.

Public policy proposals acknowledge the need for greater settlement risk mitigation. Building block 9 of the Financial Stability Board’s Cross-Border Payments Roadmap, entitled “Facilitating increased adoption of PvP”, and related action items call on the industry to reduce settlement risk. In addition, the three-year review of the FX Global Code undertaken by the Global Foreign Exchange Committee has strengthened its settlement risk principles, principles 35 and 50, in regard to PvP and netting. This includes a greater emphasis on the use of PvP mechanisms where available and more detailed guidance on the management of settlement risk where PvP settlement is not used.

Several of CLS’s settlement members discussed the increasing focus on FX settlement risk across the industry with Lisa Danino-Lewis, Chief Growth Officer, CLS, at a roundtable hosted by CLS in February 2022. They observed that industry trends and public policy initiatives and guidance like the FX Global Code update are leading to increased adoption of CLSSettlement by third parties including asset managers, hedge funds, corporates and banks.

Lisa Danino-Lewis, Chief Growth Officer, CLS, highlighted the rise in CLSSettlement volumes, with over 90% of new business growth in CLSSettlement driven by third-party participants. In December last year, CLS settled a record value of USD15.4 trillion. Funding required to achieve settlement was only USD72 billion (0.5% net funding) as a result of CLS’s multilateral netting process. Lisa noted, “Rather than funding the gross amount of every trade, our clients only pay the net amount they owe to settle their FX trades. This is only possible due to the unique size, depth and global nature of the CLS network.”

The discussion moved on to how growth in third-party volumes has been the primary driver for the increase in CLSSettlement volumes. Sandra Laielli Van Scherpenzeel, Global Head Cash Banks, CIC Products and Services, UBS, described four main reasons that UBS’s banking clients join CLSSettlement as a third party. “First, it’s the risk mitigation aspect, because there is a lower capital requirement for the banks when settling centrally/multilaterally versus bilateral settlement. Second, there is the netting benefit. One simplified payment per currency has a huge benefit from a Treasury perspective – and providing that benefit can be quantified, there is a strong business case to move into the CLS space.

The third driver is the FX business expansion because having CLS third-party status expands the counterparty community you can trade with, as there might be increased trading appetite towards certain CLS-enabled counterparties, and you may also have access to new counterparties. Finally, there is the front to back operational efﬁciency, as CLS offers a very simpliﬁed way of settling the netted positions that are due in the market  or from the market, which is a huge beneﬁt for banks.”

Sandra said that more recently, pension funds – which usually have lower FX volumes but higher values of trades – are increasingly seeking to participate in CLSSettlement as third parties. Sandra also noted that CLS can also be an ideal solution for corporates, depending on their size, and that CLSSettlement can complement prime brokerage by expanding clients’ trading sphere.

Lisa noted that from an operational standpoint, using CLSSettlement allows third parties to outsource much of their settlement process, substantially reducing the internal resources required to manage post-trade processes.

The panel then discussed how third-party FX market participants are responding to the updates to the FX Global Code around promoting the use of PvP settlement mechanisms. Sandra noted that “regulatory pressure, especially in some jurisdictions, has driven clients to look actively at CLS as a solution. Ten years ago, banks joining CLS tended to be banks where their main domestic currency was a CLSSettlement-eligible currency. Today it’s different, as we are seeing jurisdictions and markets that are more emerging in nature moving into CLS membership as third parties through a settlement member, and therefore mitigating settlement risk in those major currencies.” Sandra also noted that “interest is really rising across regions – in some more than others, but we see also new markets coming into it. The FX Global Code – with its emphasis on PvP settlement and automated settlement netting systems – has certainly raised more attention on the issue. We are also seeing many Treasury Departments raising [this issue] proactively.”

Lisa added, “I think the updates have been very impactful to the markets. Interestingly, at the beginning of this year, we had more dialogue with our members around what business they have that remains outside of CLSSettlement that they might bring in. We are working closely with some of our members to help them directly and indirectly educate their clients on what benefits the service can deliver as well as in helping them to adhere to principles 35 and 50 of the FX Global Code.” Lisa also commented on the type of clients joining CLSSettlement more recently. “One of the biggest areas of growth and participation is the third-party space – the smaller regional banks and the real money community. They have become very active participants in CLS.” Finally, Lisa noted that “having a register for the FX Global Code is useful – we continue to see new and renewed Statements of Commitment, which is positive for the FX industry.”

Overall, the roundtable participants concluded that the primary drivers for increasing third-party participation in CLSSettlement include business benefits such as netting, funding efficiency and access to a broader counterparty roster. Recent public policy initiatives and guidance such as the updated FX Global Code have also increased the incentive for all FX market participants to adopt best practices for mitigating settlement risk through PvP settlement where available and the use of automated netting systems. With such strong business and regulatory drivers, CLS expects to continue to see strong third-party growth.